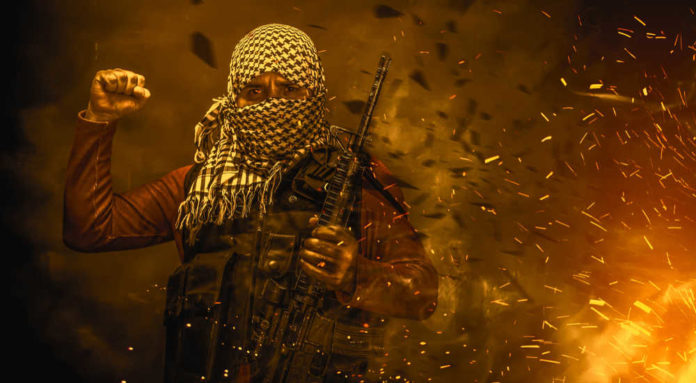 (PresidentialHill.com)- Last year, a British member of Parliament was stabbed by an Islamic terrorist while speaking to his constituents at the Belfairs Methodist Church in Essex, England. The story shook the world, and now, we’re learning more about what happened on that day.

The Daily Mail reports on the story of Darren King, an unarmed civilian who came face to face with the terrorist as he attacked Sir David Amess.

King said that he rushed into the building when he heard what had just happened, and approached 26-year-old terrorist Ali Harbi Ali. He said that he tried to “calm” the man, who stood holding the blood-soaked knife in his hand while shouting to somebody on his cellphone.

He explained how he confronted the man, who told him that he would die as an Islamic martyr. King responded to him, “no, you’re just going to be dead mate.”

King also said that Ali told him he wanted to be shot and killed by the police, but that he told him it probably won’t happen.

“They do that in America, not so much over here,” he said.

It’s true, too. In the United Kingdom, the use of guns is significantly less common among law enforcement – though, in London, it is not unlikely that armed officers would respond to a case like this with weapons.

Sir David Amess was a popular conservative member of Parliament since 1983. He died after being stabbed more than 20 times on October 15 last year and was pronounced dead on the scene.