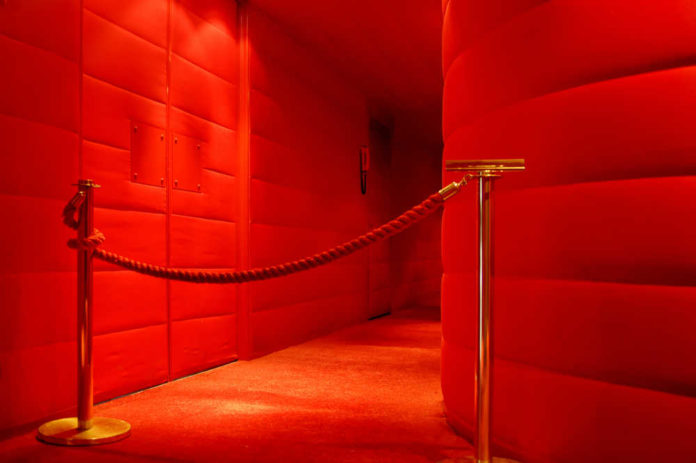 (PresidentialHill.com)- Erin Lee, a Colorado mother of three, said her 12-year-old daughter was recruited to join an “art club” after school, but it was a GSA club (Gay Straight Awareness/Alliance Club). The club’s purpose was misrepresented to the family, and a guest speaker encouraged the middle schoolers to keep secrets from their parents.

Lee said her “shy, vulnerable, barely 12-year-old daughter” had just moved to Wellington Middle School in Fort Collins, Colorado when she was invited to an “art club” after school.

Lee’s daughter texted and asked permission to attend. When she arrived, it was GSA/Alliance Club.

The Colorado mother explained that the teacher brought in an unqualified outside presenter who did unthinkable things with the kids. Lee said the presenter told the kids that “what you hear in here, keep in here.”

She used flags to use defining words, telling them that if they aren’t entirely at ease in their skin, they are transgender. She’d then distribute the flags, stickers, bracelets, and other swag. She explained that ‘queer’ is a label for people who are still trying to figure out their sexuality.

She did the “Genderbread Person,” which asked kids who they’re sexually attracted to with peers and adults in the room. She gave them her contact info and invited them to chat on WhatsApp and Discord, where parents aren’t monitoring. She told them it’s okay to lie to their families because families might not be “safe.” As my daughter left the room, the art teacher told her, “you don’t have to tell your mom.”

This outside presenter is Kimberly Chambers, the director of SPLASH Youth of Northern Colorado, which targets 5-year-olds (according to its website.) Chambers is a paid employee of the Larimer County Department of Health and Environment with access to children’s information.

After hearing from her daughter, Lee said that she and her husband contacted the school principal and confirmed that the meeting was secret. Lee said the school board ignored her for “months.” She met Kristen Draper, a board member and “strong ally to Chambers. Draper volunteers with a division of SPLASH called SKITTLES.

Lee said that FOIA emails showed the school colluded when she objected.

“They conspired with the school board to silence me,” Lee said.

They discussed sending social services to her home because she didn’t like how they treated her child.

Lee said her daughter never had gender dysphoria. She never mentioned home issues. It never happened. Lee never spoke to any of these people before they discussed calling CPS. If her child told CPS in Colorado that she didn’t affirm her transgender identity, she believes they would have removed her.

She said the school knew this, and that is why they threatened to send CPS to her home.

Lee said Colorado is off the rails, but it’s happening everywhere.

And if you complain, you’re a “terrorist.”