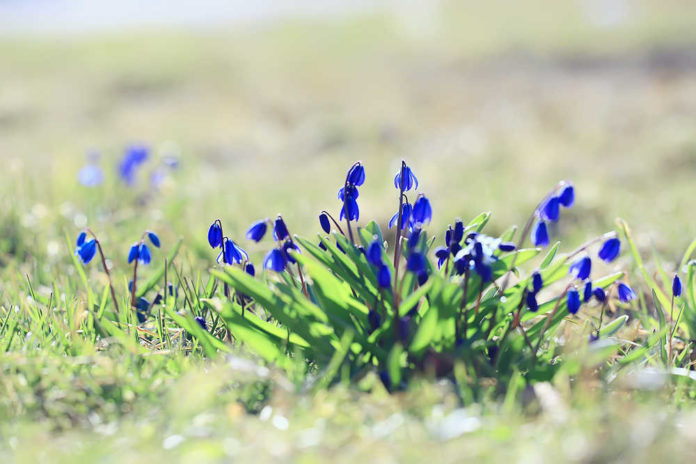 Springtime is nearly upon us. This season is renowned for its beautiful symbolism and simplicity, encouraging new life, fertility, and waves of gorgeous colors as nature awakens from its winter sleep. There’s no shortage of words to describe the simplistic beauty of this change of the season, which put into words the sensations and experiences that the season imparts to humanity. In this blogpost, we explore the different words you can use to enrich your writing when you want to describe the essence of spring.

Floriage sounds very closely related to its word-cousin, foliage. That’s because it is! While foliage is a more general term that can be applied to a variety of plants and specimens of greenery, floriage seeks to narrow the lens of meaning and is used to describe the ocean of blooms that you can immerse yourself in during the springtime. Whether you’re describing a blooming meadow or a glimpse of a garden across a lake, floriage always bursts forth during the season of spring. This word is an expansion and redefinition of the French-based foliage, which rose to use in the 1400s and onwards. This was at the dawn of the Arts throughout all of Europe, no doubt created to help poets and artists alike capture the gorgeous plant life all around them.

This Grecian word is a word that seeks to describe the intangible. Vernalagnia stems from the Greek root of “verna,” which approximates to spring, and the description is one of the most emotionally evoking ones that has come from a seasonal word. Vernalagnia is the mindset shift from survival to rebirth, and can mark the start of what many colloquialize as “spring fever.” This “fever” is nothing more than a joyous welcoming of the season, and can be expanded upon to categorize an attitude that is ready to welcome and embrace new beginnings.

A dingle is a word that defines a certain setting that is often associated with spring. A dingle can describe a shady glen or open clearing in what is a heavily wooded area. What sets a dingle apart from a basic clearing is the presence of the thickened foliage, likely blossoming due to the change of season and warmer weather. If you go out this spring, go and venture into the unknown — you may find an adventure of your own! While the origin of the word dingle is largely unknown, the current thought is that it was used and coined in the Middle Ages, as more land was being discovered and colonized. Currently, etymologists believe that there are loose ties to both German and Norse dialects.

Spring comes with its own set of related verbs that can easily enhance any conversation or piece. Greened simply means to make something green, usually caused by plant growth with forest specimens, such as moss. This is especially abundant and easy to spot in spring, setting the scene for a gorgeous burst of color anywhere you look!