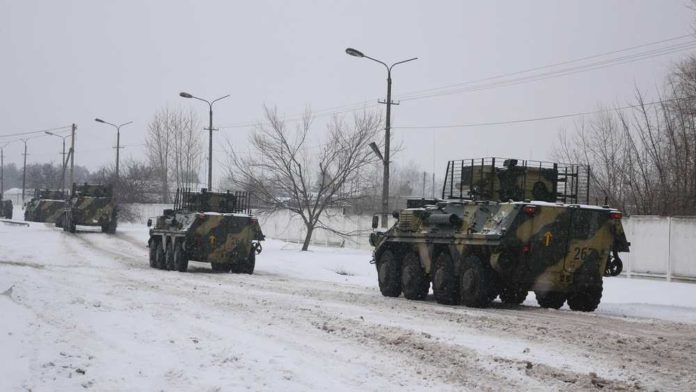 (PresidentialHill.com)- On Monday, Russia’s foreign minister said that Moscow would study overtures from the West to re-establish connections and decide whether they were necessary. Still, the country’s priority would be to improve relations with China.

In reports of a question-and-answer session at a Moscow event, Sergei Lavrov claimed that since Russia started its incursion into Ukraine, which Moscow has defined as a “special military operation,” Western countries have preached “russophobia.”

Lavrov claimed Russia was striving to replace commodities imported from Western nations and that in the future, it will solely rely on “reliable” countries not obliged to the West. According to a translation on the foreign ministry’s website, Lavrov stated that if they (the West) want to provide something in terms of restarting relations, they will thoroughly assess whether they will need it or not.

Foreign minister Lavrov expressed his dissatisfaction with Western countries, which he claimed were attempting to modify the laws of international relations to Russia’s disadvantage. According to reports, Lavrov believes that to ensure the growth of critically crucial sectors for security, the economy, and Russia’s social sphere, they must cease to be completely reliant on the supply of absolutely everything from the West.

Moscow claims the invasion of Ukraine is aimed at demilitarizing Ukraine following a Western-backed coup in 2014 that represented radical nationalism and ousted a pro-Russia president, news reports show.

Lavrov claimed Moscow’s current priority is to strengthen ties with China to bring revenue to Russia’s budget to develop eastern Siberia. He told the media that he believes the commercial connections with China will expand even quicker now that the West has embraced a dictator-like posture.

Russia, according to Lavrov, would rely only on themselves and on nations who have proven to be trustworthy. He explained to worldwide media that if Western countries alter their behaviors and offer some type of collaboration, there would be a channel open for a conversation.
Meanwhile, Communist China has been accused of committing unimaginably brutal crimes against its citizens and neighbors, but the world has yet to refuse China anything.