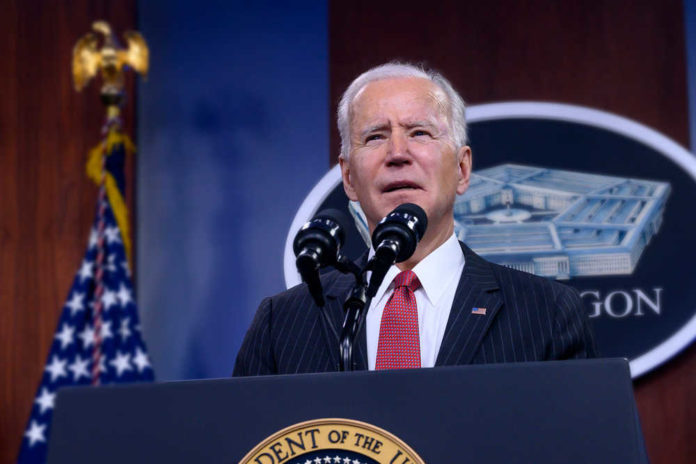 On Saturday, Senators Tina Smith from Minnesota and Elizabeth Warren from Massachusetts wrote an op-ed in The New York Times, urging President Joe Biden to declare a public health emergency. They said doing so would “protect abortion access for all Americans” while also unlocking “critical resources and authority that states and the federal government can use to meet the surge in demand for reproductive health services.”

Almost two dozen states worked to either ban or significantly limit abortions following the Roe reversal last week. Some states had old abortion bans on the books before the Roe decision in the 1970s, which could take effect again soon. Other states had so-called “trigger bans” on the books that could go into effect within 30 days or so after Roe was reversed.

In response, the senators wrote that the end of a woman’s constitutional right to get an abortion has brought the U.S. to “a perilous time that threatens millions of women.” They continued that now “the government — not the person who is pregnant — will make the critical decision about whether to continue the pregnancy.”

The senators also have some other far-reaching ideas for how the government and elections in the U.S. are structured.

They have proposed changing the compensation of the Supreme Court, which could allow more liberals to be appointed; reforming the Senate’s filibuster rules, which could allow Democrats to push through legislation with a simple majority; and remaking the Electoral College, which would allow presidents who win the popular vote to be elected. If the latter proposal was in place during the 2016 election, Hillary Clinton would have won over Donald Trump.

The senators wrote that all three of those things allowed the five conservative justices on the Supreme Court to ultimately undo a woman’s federal protections in regard to getting an abortion. As they wrote for the Times:

“Simply put: We must restore our democracy so that a radical minority can no longer drown out the will of the people. Roe may be gone, but the protections it once guaranteed are on the ballot.”

Polls that were conducted back in May, after the draft majority opinion in the case was leaked, found that 60% of American voters believe that abortion should be legal for women in most or all cases. Only 37% of respondents to that poll, conducted by NBC News, thought abortion should be illegal in all or most cases.

Citing this information, the two senators wrote in their op-ed:

“The public is overwhelmingly on our side. The two of us lived in an America without Roe, and we are not going back. Not now. Not ever.”

What the two senators, or Democrats as a whole, can do about it on a federal level isn’t very clear at this moment.